Year 5 pupils enjoyed an eventful day at the Imperial War Museum at Duxford last Thursday. Dressed as evacuees, they saw a number of World War II planes and also experienced what it was like in an Anderson Shelter.

Then, much to the children’s surprise, they saw Tom Cruise flying a plane and filming ‘Mission Impossible 7’ which was rather exciting!

Overall, it was an incredibly fun day made even better by the fact several members of staff at Duxford made a point of commenting on how well-behaved and polite the Saint Nicholas children were. Well done, Year 5! 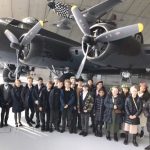 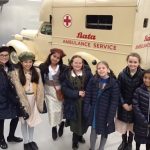 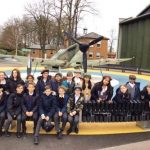