Friday 25th June saw the pupils and staff of Saint Nicholas taking part in an Enrichment and Well Being Day, which included a variety of activities over the course of the day, both on and off site. From an archery masterclass, to Mr Russell rising to fame as a part of a play made in a day, and the senior pupils crawling through mud and swinging from the treetops, there was something for everyone!

Year 6 pupils had a lovely relaxing start to the day with several mindfulness activities, including cobblestone painting, making friendship bracelets and building their own structures from fruit. The structures came in all varieties and many pupils claimed that this was their favourite activity of the morning with one commenting; “It was so much fun, I made a crab out of apples…a crab apple!”. They were also able to try their hand at archery, which was hosted by a local scout division, and many pupils managed to get several bullseyes!

In the meantime, Year 7 pupils were taking part in inter-house competitions, rounders and a rap contest. Both year groups then swapped activities after lunch. It is safe to say that there was a very different energy between the two sessions! A particular well done must go to the Year 6 St Francis team and the Year 7 St Christopher team for winning the
inter-house rounders.

It was a race against time for Year 8 pupils, who demonstrated outstanding teamwork, logic and deduction skills to solve the clues and escape the Escape Room. After this, they put their fine drama skills to good use to produce a Play in a Day run by Konflux, with Mr Russell and Mrs Hopkins getting their own special mentions. It was a fantastic day of teamwork, and allowed the more dramatic of the Year 8 pupils to take centre stage which they seemed to enjoy.

Year 9 pupils spent the morning dissecting eyeballs, making crazy colours in chemistry and learning all about how to look out for each other in First Aid training, before heading off for their turn climbing the high ropes in the afternoon, which most said was their particular highlight.

Meanwhile, Year 10 pupils began their day with a Mud Run at the Nuclear Races before heading back to school for the science experiments and First Aid. In particular, there was much excitement over the eyeball dissection as well as the Mud Run, and everyone agreed that the Death Slide into the lake helped a lot with the excess mud! The First Aid skills were invaluable, and pupils really enjoyed learning new life skills.

Thank you to all the staff that helped to ensure that the Enrichment Day ran smoothly and to all the pupils for representing Saint Nicholas School in such a positive manner. 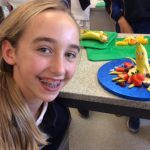 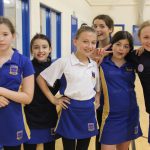 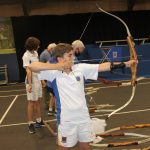 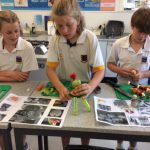