On Monday 30th September, Years 10 and 11 GCSE drama pupils attended a workshop for Willy Russell’s Blood Brothers, which is our set text study. Myself, along with all the other pupils, found the workshop very useful and informative, which will help a lot during our GCSE course.

Michael Southerland was our practitioner for this workshop, and had previously been in the West End, performing in Blood Brothers as Sammy. His teaching skills were outstanding and the quality of acting produced by the pupils that day was amazing. Having this workshop really opened my eyes to the world of Willy Russell and his thought process in writing this story, as well as giving me some useful background information. Every pupil became very involved in the acting which I think helped develop a wider and clearer understanding of the play and how characters should be portrayed. All pupils came out of the workshop with a greater knowledge of Blood Brothers and a wider range of drama skills to help them for future acting as well as writing. Overall, the workshop was a brilliant way to develop our learning and explanation of the play for our exam. 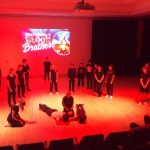 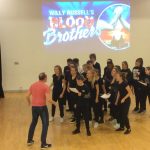 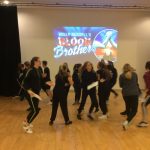