Huge congratulations to all the middle and upper school pupils who sang, danced and acted so brilliantly in last week’s production of Bugsy Malone. Thank you also to all the pupils and staff who helped backstage, and to Mrs Bradford and Miss Agrotis for all their work in directing such a wonderful show. Everyone agreed it was one of the best performances to date with some stunning vocal performances from the soloists, particularly Oliver C who played Bugsy, Saskia who played Blousey, Sophia who played Tallulah, Nathan as Fat Sam, Zachary as Fizzy and Oliver M as Dandy Dan who all had a considerable number of lines to learn and did fantastically well. Well done everyone on a great show and thank you to everyone who contributed to the collection after each performance. We raised £503 for the David Bown Foundation. 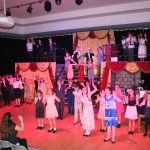 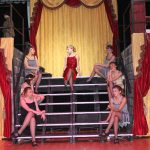 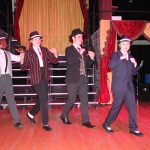