Everyone at the school was both impressed and proud to see accomplished accordion player, Ciaran in Year 8, appear on last Sunday’s episode of ‘Little Big Shots’ hosted by Dawn French.

The programme included a brief clip of Ciaran playing his accordion and there is also be an additional five minute video of him (including an interview) posted on the television show’s YouTube channel which can be found here:

Well done Ciaran. What a star! 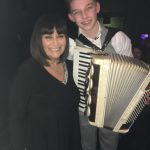 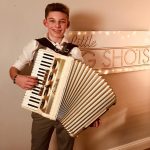