Year 5 had an enjoyable and educational day as ‘World War II evacuees’ when they visited Braintree Museum on Thursday.

In the World War II school room, the children had lessons including writing on slates with slate pencils, studying a map of the British Empire and learning how to do sums with pennies and shillings. They also did gas mask and air raid drills and everyone thought the 1940s teacher was strict and rather scary!

After this, they handled some 1940s artefacts and thought about what it would have been like to be an evacuee. 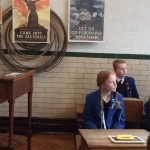 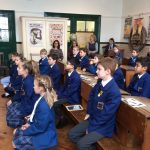 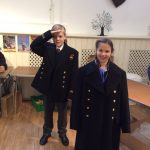