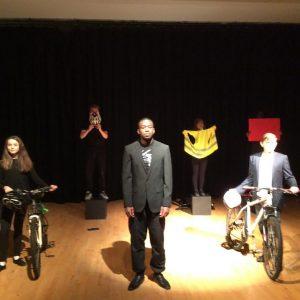 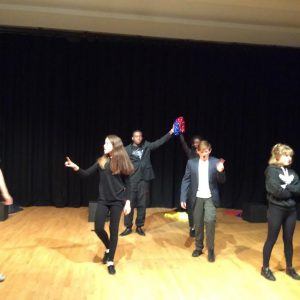 Well done to the GCSE Year 11 drama pupils who performed a play called Chicken by Mark Wheeler last week. The play was a Theatre In Education piece and was performed to children in Year 6 and Year 7. At the end of the play, the audience was invited by the cast to take part in Forum Theatre. There was also a great opportunity for the audience to question the cast, both in role and out of role.

The audience was very impressed with the drama skills used by the Year 11 pupils. The piece of theatre was designed to educate the audience. In PSHEE lessons following on from the performance, children in Years 6 and 7 discussed the themes and issues highlighted in the play; including road safety, peer pressure, danger of participating in and filming hazardous stunts to put on social media, respecting parental advice and the importance of being assertive.