Six Year 11 pupils from Saint Nicholas School were recently given a once in a lifetime opportunity when they were invited to act as Ball Boys for the UEFA League game between Tottenham Hotspur U19s and Monaco U19s, held at the Tottenham training ground on Wednesday 14th September.

The boys were invited to take on these roles on account of their recent academic and sporting achievements. Wha 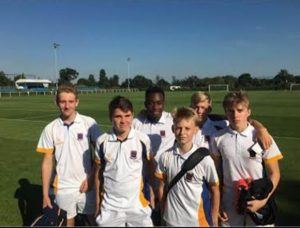 t’s more, to make their day even more special, they were also invited to Wembley Stadium to watch the UEFA Champions League Cup tie that evening.